Overflow of Love – Bible study on 1 Thessalonians and Paul

Over the last few days I have been reading 1 Thessalonians and have been amazed by the teaching and Love of Paul to the Church in Thessalonica.

Let me paint the picture a little. Paul was probably writing from Corinth, which is in Greece. This was not his native or home turf but it was where God had called him to. Praise God he was obedient to his call to preach the gospel to the Gentiles.

Galations 2 7 7 On the contrary, they recognized that I had been entrusted with the task of preaching the gospel to the uncircumcised,[a] just as Peter had been to the circumcised.[b]

He was writing to the Church in Thessalonica, which is some 360 Miles Aw

ay from him at the time. Can you imagine walking this by foot… http://bit.ly/LvtzAG

It was one of the first Letters written to the Church around 50 or 51 AD. So it was a young church only really 20 years after Jesus departed to heaven.

Paul was under persecution and threat from all sorts of people. He was being thrown into prison and treated in such an awful way Read Acts 16 & 17. Yet he did not give up.

37 But Paul said to the officers: “They beat us publicly without a trial, even though we are Roman citizens, and threw us into prison. And now do they want to get rid of us quietly? No! Let them come themselves and escort us out.”

Paul caused such uproar wherever he went so much so that people rioted. It is amazing how much preaching the Gospel will shake things up. I think it is important to realise this.

5 But other Jews were jealous; so they rounded up some bad characters from the marketplace, formed a mob and started a riot in the city

So there you have it a brief picture painted of what life was like for Paul at the time of writing to the Church in Thessalonica.

I want to take a look at how much love Paul had for these people. Even though he was going through such hell and persecution he still had the love and desire for the people who he once ministered to. He had one goal and that was for people to have a Hope in the Lord Jesus Christ. Right at the beginning in Chapter 1 he says something profound.

4 For we know, brothers and sisters[b] loved by God, that he has chosen you, 5 because our gospel came to you not simply with words but also with power, with the Holy Spirit and deep conviction. You know how we lived among you for your sake.

The spoken message and gospel of Christ carries such power through the Holy Spirit. Words are not enough it has to be anointed by his spirit. I believe if we simply proclaim the Gospel the Holy Spirit will work and convict peoples souls.

In Chapter 2 I was really touched by Paul’s love for the people he preached to. It says he felt “torn” away from them in person but NOT in spirit. He had and “intense longing” to see them. I get the impression that Paul could not stop thinking of them. Are we thinking of people in our Lives and longing to see them know Christ more?

10 Night and day we pray most earnestly that we may see you again and supply what is lacking in your faith.

Are we praying for people and friends around us to grow deeper in the knowledge of Christ? It is so important we pray for our dear friends and family and people who we interact with. I challenge you to pray day and night for someone or a group of people.. pray that God would supply what is lacking in their faith.

12 May the Lord make your love increase and overflow for each other and for everyone else, just as ours does for you.

I pray that we would learn how to love people and others in such a way that it goes beyond our own selfish inward looking nature. I pray that our love for Christ and each other would overflow in our communities and friends. Lord would only you make this happen and help us be even bolder than the great examples we read of in the Bible such as Paul.

Please let me know your thoughts?

How can we be more passionate for people to know Christ through Love?

Does anyone have any stories of testimonies of people who have changed their lives just simply though loving them unconditionally?

What is stopping us proclaim the Gospel of Christ fearlessly as Paul did?

Does any one have any stories of how the people are fearless proclaiming the Gospel both big and small?

I will write a post about Gods Call to purity next as this is on my heart and comes up in 1 Thessalonians 4.

Blessings in the Name of Jesus. 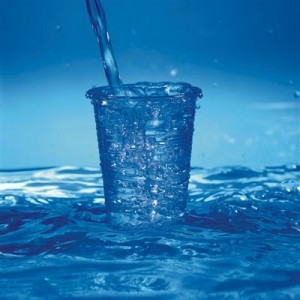 Why Scripture in the Bible is Amazing

In reading the bible over the last few days i was struck by something amazing. It was a true revelation and so real that i have not been able to move off these verse for the past few days.

12 So I will always remind you of these things, even though you know them and are firmly established in the truth you now have. 13 I think it is right to refresh your memory as long as I live in the tent of this body, 14 because I know that I will soon put it aside, as our Lord Jesus Christ has made clear to me. 15 And I will make every effort to see that after my departure you will always be able to remember these things.

16 For we did not follow cleverly devised stories when we told you about the coming of our Lord Jesus Christ in power, but we were eyewitnesses of his majesty. 17 He received honor and glory from God the Father when the voice came to him from the Majestic Glory, saying, “This is my Son, whom I love; with him I am well pleased.”[b]18 We ourselves heard this voice that came from heaven when we were with him on the sacred mountain.

19 We also have the prophetic message as something completely reliable, and you will do well to pay attention to it, as to a light shining in a dark place, until the day dawns and the morning star rises in your hearts. 20 Above all, you must understand that no prophecy of Scripture came about by the prophet’s own interpretation of things. 21 For prophecy never had its origin in the human will, but prophets, though human, spoke from God as they were carried along by the Holy Spirit.

So here it is.

So I know that the Holy Spirit has revealed this to me and it is a great comfort to know that the scriptures we read are in the bible are real and relevant. I am going to keep reminding myself of them and keep focusing on them and keep my memory refreshed on them. I would urge you to do this also. I pray that you may to see the word of God come alive to you and out of that you may see that Jesus Christ is Lord.

Remember the scripures point us to Jesus for a reason. He is pure and blameles and is the best role model, leader and and friend for us to know and have. 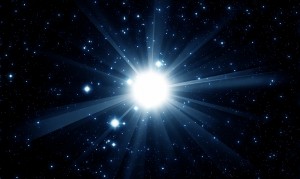 Do all that necessary to get Wisdom

By admin | Beliefs | No Comments

Get skillful and godly Wisdom, get understanding (discernment, comprehension, and interpretation); do not forget and do not turn back from the words of my mouth. (Proverbs 4:5 AMP)

I would like to take this time to write what God has been putting on my heart recently. I have been challenged by the whole area of Godly wisdom. In going through the first part of the book of proverbs it is so clear that wisdom is a hugely important part of life. The author of Proverbs (Possibly Solomon) says…..

Wisdom is supreme; therefore get wisdom.

Though it cost all you have, get understanding. (Proverbs 4:7 NIV84)

So it’s clear that have to take this whole area of wisdom seriously. It’s interesting how it will cost allot in fact all you have. This I have seen in my own life there is definitely a cost involved. Are you prepared for this?

The benefits and rewards are just wonderful, it is so amazing to read what the scriptures say about this. Have a look …

Esteem her, and she will exalt you;

embrace her, and she will honor you.

She will set a garland of grace on your head

There will be a reward for those who lay hold of Wisdom. Many rewards in fact just read through 3 and 4 for a glimpse of them….

• Wisdom will give you a clear path to walk on,
• your foot will not stumble or be hampered
• it will be life for you
• all her paths are peace
• there is more profit in wisdom than silver or gold
• nothing you desire will compare
• there will be health to your body and nourishment to your bones
• the wise will inherit honour
• she will watch over you
• the years of your life will be many

when you lie down, you will not be afraid;

Those promises are great so great I mean how good are they. It seems like everything people strive for in life could be summed up in those promises. Life would be so much better if we all used wisdom more.

We must be aware that without wisdom there will be problems. There is such a clear distinction between the two.

The path of the righteous is like the first gleam of dawn,

shining ever brighter till the full light of day.

But the way of the wicked is like deep darkness;

So let’s do our utmost to understand these scriptures and to ask the Lord for wisdom. I truly believe he will give it freely if we feel we lack it. James1:5. It will transform your life… You will never be the same again…. you will see the fruit of wisdom as you start to incorporate it in your life… It is a good thing… an amazing thing… An imperative! Ask the holy spirit to help you with this he will do it. It will bring you closer in line with Gods heart beat and into what his plan and destiny is for your life.

Dear Lord give us wisdom so that we may walk in your ways more closely. Amen.

Ecclesiastes 8:1 WHO IS like the wise man? And who knows the interpretation of a thing? A man’s wisdom makes his face shine, and the hardness of his countenance is changed.

I do hope that has blessed and challenged you. Please let me know our thoughts and comments. Cheers.

My next blog post will be on… On how we need to understand that God is bigger than us and that His ways are higher than ours. Isaiah 55. The concept of how we won’t really ever be able to grasp the way the Lord works but that through that there can be faith and freedom. 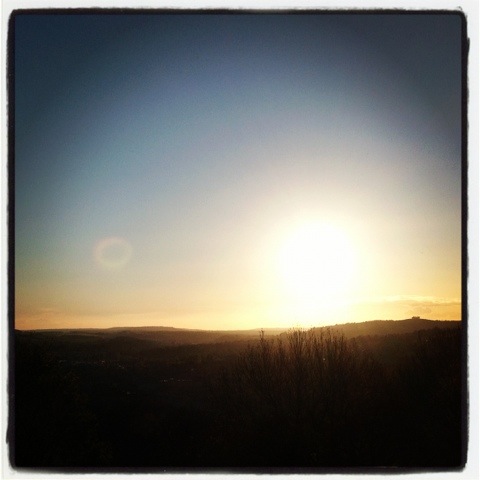